A downloadable game for Windows

Itch isn't charging me or you to host these files. I'd like to keep every build available so you can pick your favorite coin build and play it however long you see fit. However, you can help keep our mutual host financially happy by tossing a few bucks at the download that you want. Put in some numbers in the donate box that you're comfortable with and make it happen.

You are an opportunistic and shrewd business person. Your quick wit has rewarded you handsomely. Your success in pushing early access shovelware on the platform Vapor has brought you untold wealth. Now, take a well deserved break and swim amidst your horde of gold.

You are an opportunistic and shrewd business person who also happens to be the world's greatest thief.

By maneuvering around the vault, your desire to increase your wealth and build upon your riches is determined by how strong your desire is to become the puppet master of your rightful destiny! So what if you have to steal it.

Your quick wit inside the VR world of The World's Greatest Thief will reward you handsomely when you plunder, raid and steal whatever riches you can acquire without getting caught.

But, don't be mistaken…the sentries are not too pleased that The World's Greatest Thief is stealing their hard earned riches.

Are you The World's Greatest Thief? Enter the vault and let's find out.

Be part of something special. Very special.

This little scene started out as a gag on the LDVR channel due to the righteous failure of an indiegogo project gone horribly, horribly wrong. It turns out swimming in gold coins is kind of fun. Here we let you relive that experience.

As mentioned in the 0.1.3.2 update, Combat Mechanic is added to Coinvault!

Pickup a dagger and slice out at a slime. The slime will take damage, but the damage you do is impacted by the weapon cooldown. The cooldown will show only on the VR Player HUD (it's slightly out of view on the left). Monsters will show their Mood, HP and name and, possibly, their level. Monsters generally will drop the coin that they grew from.

You can also try your hand at slicing at a vase. Breaking these will reward a coin treat as well.

- New vase. Destroy with a dagger to receive a coin.

- New slime molds. The Vault known as The Shattered Red is infected by a mysterious green toxin after an industrial accident. These Slimes feed off your wealth. Destroy them and take back your loot!

- Can pickup the red balls. Added a bounce effect.

- Added a holo transmit. Activate by putting your hand on the touch pad and pull the trigger.

- SLIMES. THE SLIMES HAVE COME TO EAT YOUR GOLD. DESTROY. THEM. ALL.

- Completely redid one entire wing of the vault and more interior decorating than I know how to do. It's far more visually interesting now. Also, some of the traps actually do damage.

- Added a player HUD. This is seen on the left and is transparent enough that it doesn't obstruct the view.

- VR Player HP shows on the HUD. If this reaches 0 in a raid scenario, then the player returns back to their home vault.

- Sentries may damage the player and generally cause problems. Avoid them.

- Oracle can now run around the home vault too.

- Heal should now heal both Oracle and Player.

## See upcoming and historical patch notes in the forums! ##

How do you win?

How many coins can I spawn?

Well, we didn't set a limit. So in theory the only limit is determined by your hardware and what it can handle in terms of physics.

How do I use the moneybags?

Use the grip button to pick one up and then pull that trigger, baby! Continue pulling the trigger for more coin rewards. Beware! Too many coins may lead to weird behavior that probably won't be fixed. Still fun tho!

Could I spawn in enough coins to swim in them? I have a friend who is asking.

Ensure the controllers are all tracking and enabled before starting. Ensure that the headset and lighthouses are also tracking. Lastly, ensure your gold ledger is tracking. 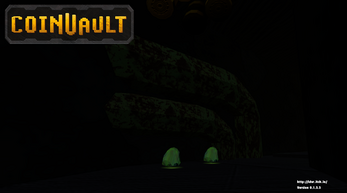 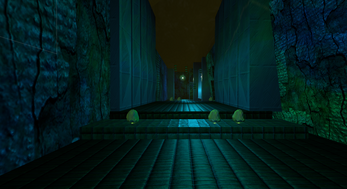 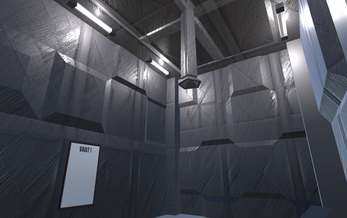 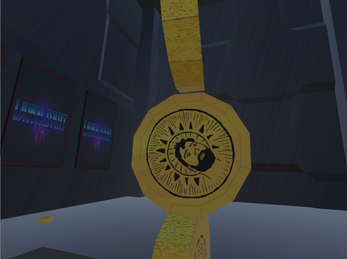 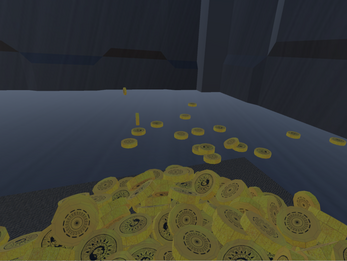 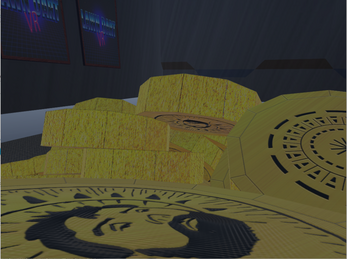 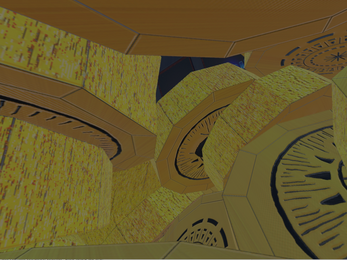 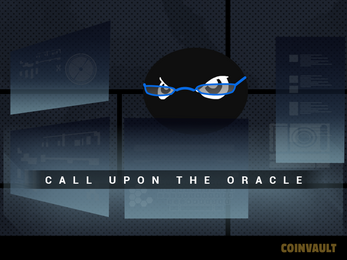 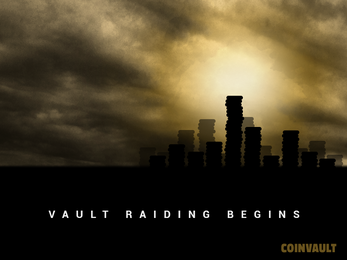 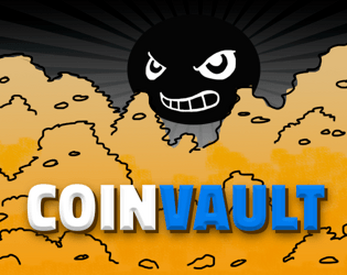